What is it about fall/winter? We all start craving pumpkin and anything pumpkin spice. I am no exception. Fortunately for me, pumpkin is one of the winter squashes that I can still enjoy because it is easier to digest and has a lower fermentation potential. 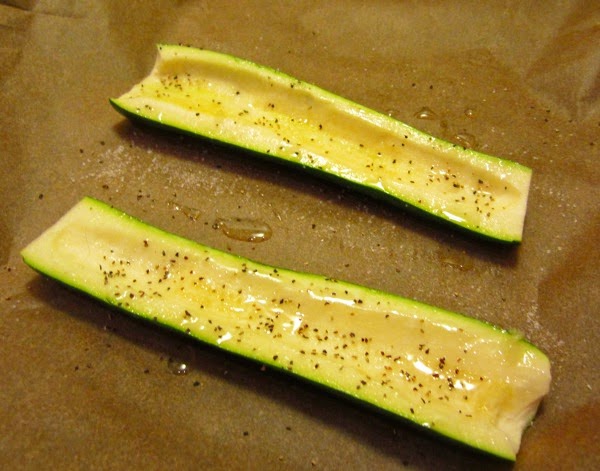 I can't eat too much pumpkin---so sad. Combining it with zucchini to make Zucchini Pumpkin Boats gives me my pumpkin fix without going overboard. This makes a great Thanksgiving or anytime side dish.
Here's what you need for two servings:
1 medium zucchini
1/4 cup pumpkin
1 T. sunbutter
sprinkle of pumpkin seeds
olive oil
1 T. lactose-free farmer's cheese
salt and pepper
sprinkle of pumpkin seeds 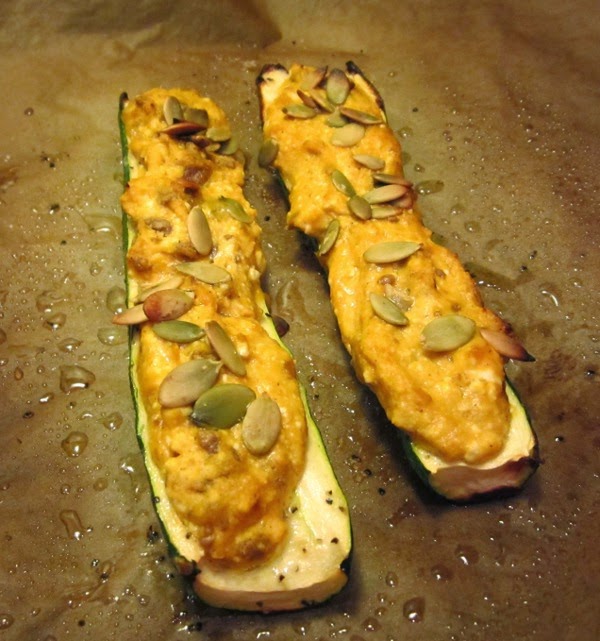 Here's what you do:
Preheat oven to 400 degrees. Line a baking sheet with parchment paper. Prepare your zucchini. Slice the zucchini in half lengthwise. Use a spoon to scoop out some of the middle to make a canoe shape. Place the zucchini boats on your baking sheet. Sprinkle with salt and pepper and drizzle with olive oil. Bake in the oven for about 15 minutes or until slightly browned and tender. 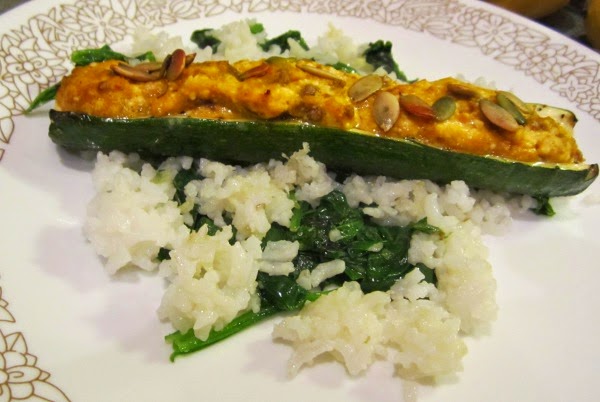 Stuff each zucchini boat with 1/2 of the mixture. Sprinkle boats with pumpkin seeds. Return to the oven to heat through, about 10 minutes. Serve zucchini boats over steamed jasmine rice or cauliflower rice, sauteed with spinach.

Recipe submitted to:
http://wholenewmom.com/traditional-tuesday/paleo-desserts-dairy-free-ice-cream/
Posted by Sheree Welshimer at 11:34 AM No comments: 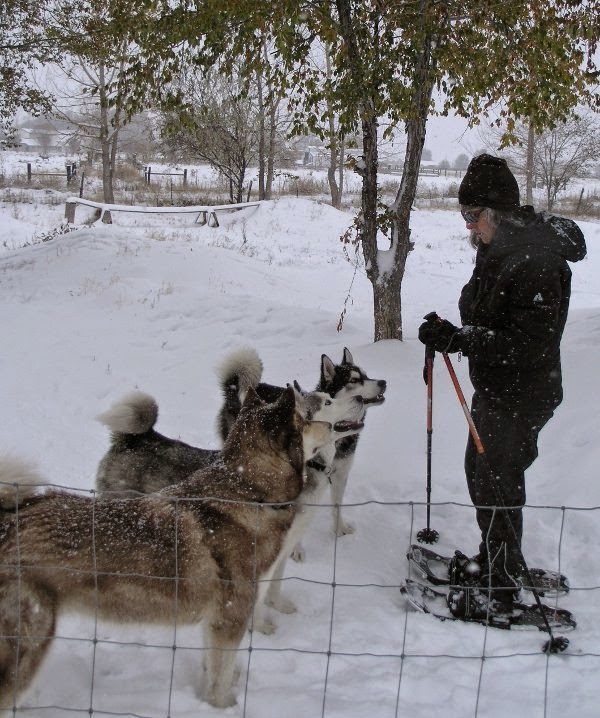 Five inches of November snow has created lots of fun for my snow dog fur kids, Misha, Nika and pal, Bailey. I had to put on my snowshoes to keep up with them. They romped for several hours while I made the rounds on my snowshoes. 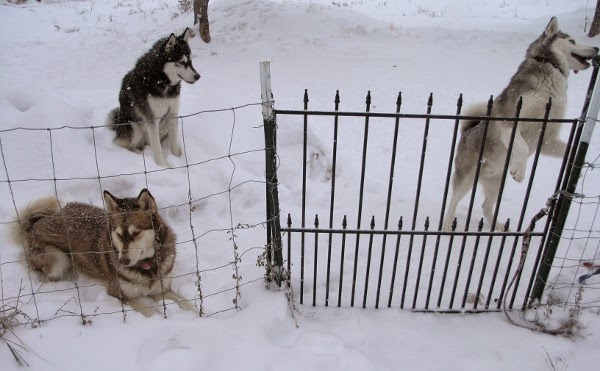 Fortunately, even snow dogs eventually get tired. After a few doggie treats, they were sound asleep on the floor, dreaming about their next snow adventure. 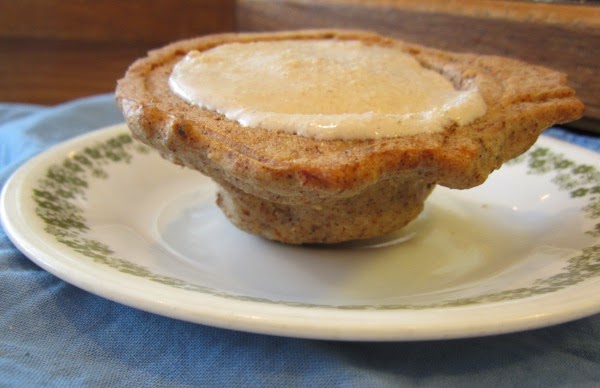 I decided it was time to start rehearsing for Thanksgiving by cooking up a delicious dessert, an almond flour cinnamon bowl filled with nut butter custard. It can be enjoyed by people like me who eat grain free. 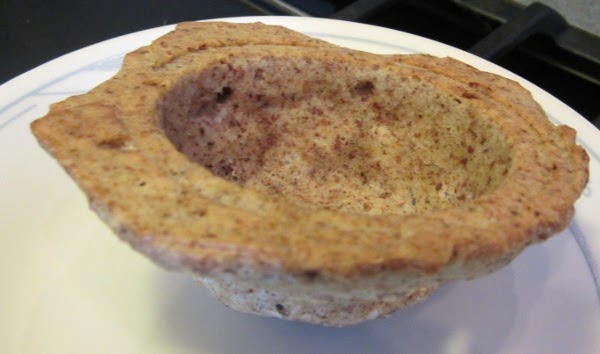 You need to start by making the almond flour cinnamon bowl. I filled the cinnamon bowl with a cinnamon nut butter custard but something made with pumpkin is next on my agenda to try. 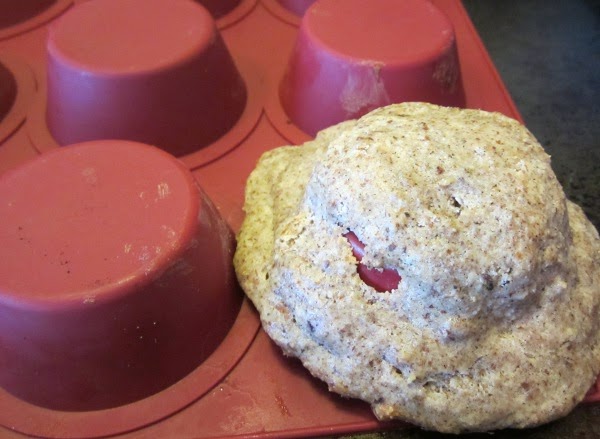 Mix the ingredients in a bowl. Then, flip a muffin pan upside down. Mold the dough around the bottom of one of the muffin pan cells.I used a silicone muffin pan and the finished bowl came off perfectly.  You could make three smaller cinnamon bowls if you use a smaller muffin pan.

Bake the bowl(s) at 400 degrees for about 12-15 minutes or until the almond flour dough is firm and crispy. Allow the bowl to cool before removing it from the upside down muffin pan. Set it aside while you prepare your filling. 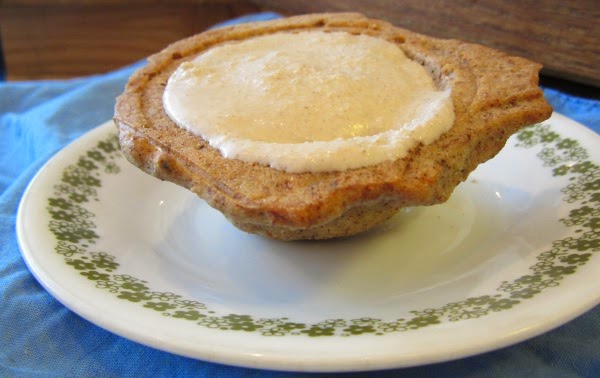 For the filling (which makes enough for 3 servings) you will need:

Blend everything in your food processor until smooth and creamy. Adjust the amount of milk or nut/seed butter if needed to get custard texture. Put the custard in a bowl and place in the fridge to chill.

To serve, scoop the desired amount of custard into the almond flour bowl.

Can you believe my new kitchen crew? Yes, you are seeing four dogs. Two are doggie visitors. The black one (Kota) on the yellow blanket belongs to my son who is in the midst of moving. The husky standing in the middle, Bailey, has not learned the art of pleasing the cook by laying down on a provided blanket.He belongs to a friend and is a frequent visitor to our house. 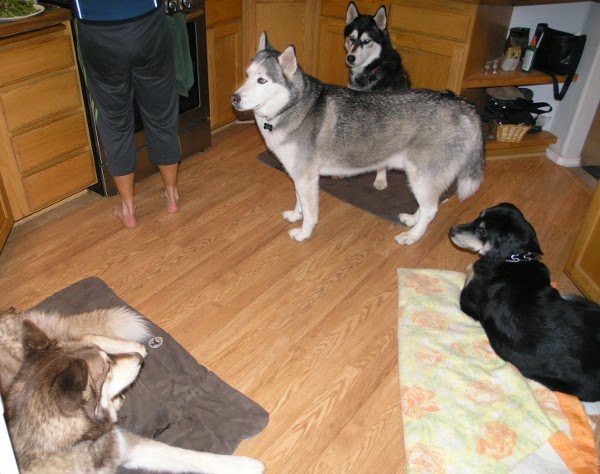 Despite all this canine "help," I managed to get a delicious meal prepared. I made Pineapple Upside Down Pancakes, grain free. 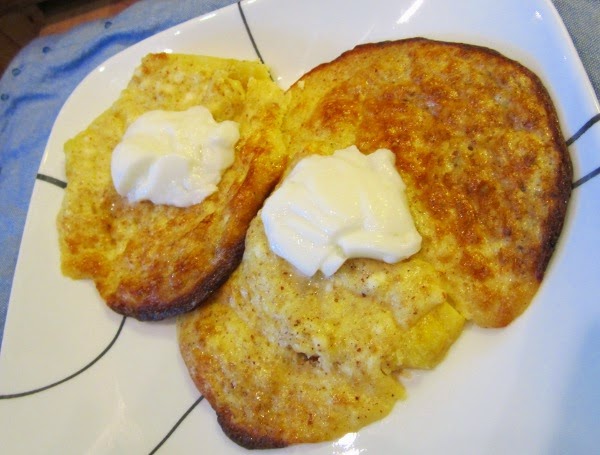 These pancakes were ooey, gooey delicious! 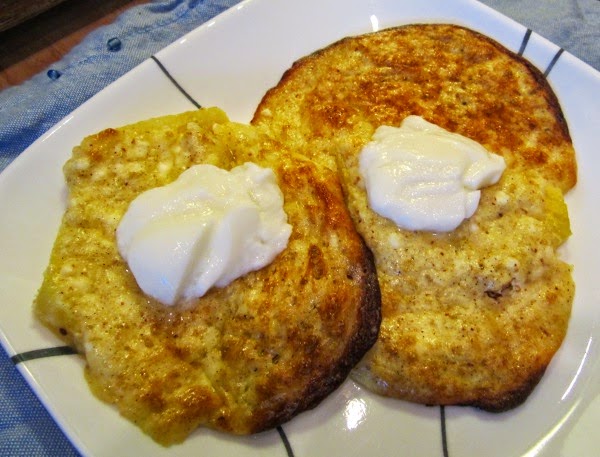 
Here's what you do:

Bake the pineapple upside down pancakes for about 20 minutes, checking often. Serve with yogurt or other topping of choice. 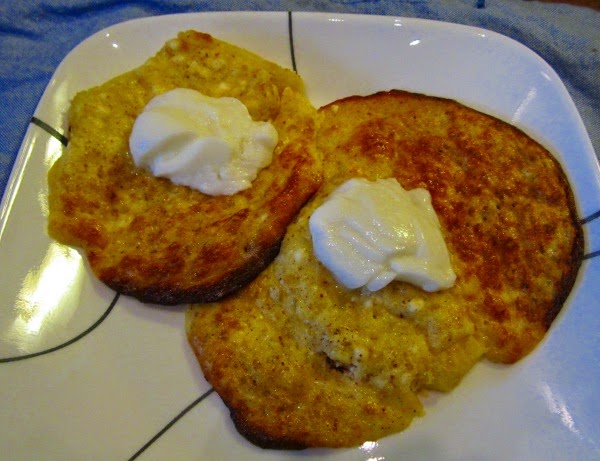