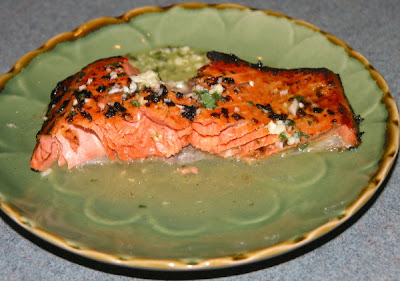 I never realized how important carbs were to me until I started this candida cleanse diet I am on. Without those amazing carbs (complex are best), my energy slumps within 1 1/2-2 hours after eating a massive meal of mainly veggies with a bit of protein. I have to eat often and am wiping out the veggie supply in the fridge in no time. I miss my mangoes, papayas and kiwis as well as my morning hot cereal of gluten-free oatmeal or quinoa.

I'm on this rigorous diet of mostly veggies and protein because I probably have an overgrowth of candida in my system that could be causing my stomach as well as sinus issues. Candida is normally a beneficial fungus that co-exists in harmonious balance with good bacteria in your body. Unfortunately, being on repeated does of broad-spectrum antibiotics for sinus infections can tip the balance in favor of the candida which can be the underlying cause of many symptoms in your body. Common symptoms of candida overgrowth (also called yeast syndrome) include gastrointestinal problems, such as bloating, gas, cramps, diarrhea and constipation. It doesn't stop there affecting many other aspects of the body.

I was longing for a dinner of grilled salmon with roasted potatoes and veggies but had to pass on the potatoes. I came up with Grilled Salmon with Spicy Basil Sauce. You can tell from the picture above how hungry I was. I had to take a giant taste before serving it for dinner.

Puree everything but the salmon in a food processor. Spoon the sauce over the salmon and turn to coat. Cover and refrigerate for four hours or up to overnight.

Oil a grill pan (or use the broiler). Remove the salmon from the marinade and save the extra. Sprinkle the salmon with salt and coarse black pepper on both sides.

Place the salmon in the grill pan or under the broiler (or use a real grill if available). Cook for about 4-6 minutes on both sides. Brush occasionally with additional marinade.

Serve with a generous helping of veggies and salad. And if you're not me, some kind of carb, such as roasted red or Yukon gold potatoes. Of course, I'll be envious.
Posted by Sheree Welshimer at 9:26 AM

candida diet sucks...but you just gotta stick with it!

salmon is the best if wild.

You're not kidding about that. I'm almost done with week 2. It definitely helps to have support. Thanks for your comments. Oh, and definitely, wild salmon is the best.