A lot of people are following a gluten-free diet for medical reasons but according to this video from the Jimmy Kimmel show, some don't even know what gluten is. Now, I wonder what would happen if Jimmy Kimmel did a question of the day and asked, "What is FODMAPs?

I can only imagine a response..."um, food maps. Let's see. Is that a map you follow to find food?"

Well, I guess it is in a way. FODMAPs is a diet you follow in order to identify carbohydrates that may be causing you food intolerance issues.

Why do you need a FODMAPs' food map?

Many of us have gluten-sensitivity symptoms, such as weight gain, bloating, allergies, IBS and fatigue. Often, going gluten-free doesn't do the trick and our symptoms remain. These symptoms may actually be an indication of a much broader problem with carbohydrates, related to changes in gut bacteria and intestinal irritation.

You may have food intolerances to carbohydrates or FODMAPs. Basically, FODMAPs are carbohydrates that are difficult to digest in some people, causing irritable bowel symptoms.


FODMAPs is an acronym for:

Individuals with FODMAPs’ intolerances may have to remove some or all grains, along with some other carbohydrates, to resolve their issues. Food intolerances can cause a whole host of unpleasant and uncomfortable symptoms. They result from the gut’s inability to digest certain foods normally.

Many individuals who reduce their intake of FODMAPs find their symptoms improve. This diet eliminates certain foods that require specific enzymes to be digested. In the absence of these enzymes, these foods are poorly absorbed, leading to abdominal pain, gas, bloating, burping and other gastrointestinal symptoms.
You can assess your tolerance for foods high in FODMAPs by eliminating them for 6-8 weeks and then gradually reintroducing them to identify troublesome foods. You reintroduce one food every four days with a two-week break between bothersome foods. The goal is to identify the threshold at which you’re able to consume FODMAP-containing foods.

Here is a list of the compounds found in certain foods that are poorly absorbed and lead to symptoms.

Lactose---found in cow’s, sheep’s and goat’s milk, and their products.

Fructose---a carbohydrate found in fruit, honey, high-fructose corn syrup and agave syrup. Not all fructose-containing foods need to be eliminated on the FODMAPs diet.

Fructans---carbohydrates that are malabsorbed in the absence of an enzyme needed to break them down. Limit wheat, onions and garlic, along with other vegetables high in fructans.

Galactans---carbohydrates that require an enzyme for absorption. Found in beans and lentils.

Refer to this webpage for a list of foods to eliminate on the FODMAPs diet:
http://en.wikipedia.org/wiki/FODMAP 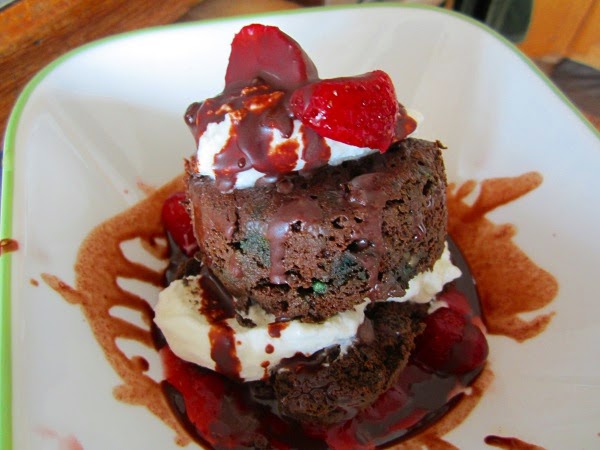 I followed the FODMAPs diet after trying the anti-candida diet, paleo diet and paleo auto-immune protocol in an effort to resolve my IBS problems and related fibromyalgia issues. I found I had to restrict even more carbohydrates than FODMAPs or these other diets allow. However, FODMAPs may work for you or at least, point you in the right direction.

Whatever amount you need to restrict carbohydrates to obtain relief, you can still enjoy a treat now and then. You may see a recipe in a cookbook or on the internet, and say, "Oh, that looks so good but I can't eat all those carbs." The trick is knowing what subs to make. 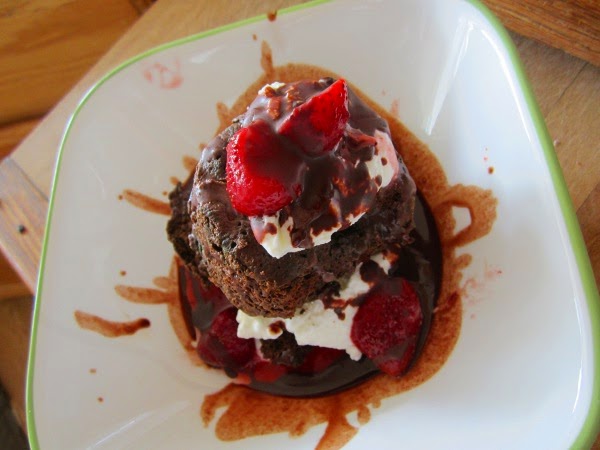 Recently, I saw a recipe for a single-serve chocolate brownie parfait. It contained almond flour instead of other higher carb flours. Unfortunately, the amount of almond flour was too much for me. It also contained more seed or nut butter and cocoa than I can tolerate. And then, there was a berry drizzle with lots of berries. Again, fruit can be a problem if too much is used. There also was a whipped topping made out of full-fat coconut milk which also contains lots of hard to digest carbs for some. You think I would have given up but I came up with my own version. 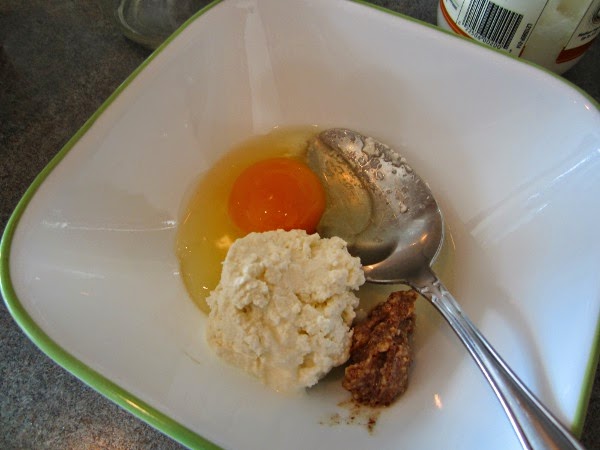 Mix these together in a small bowl. 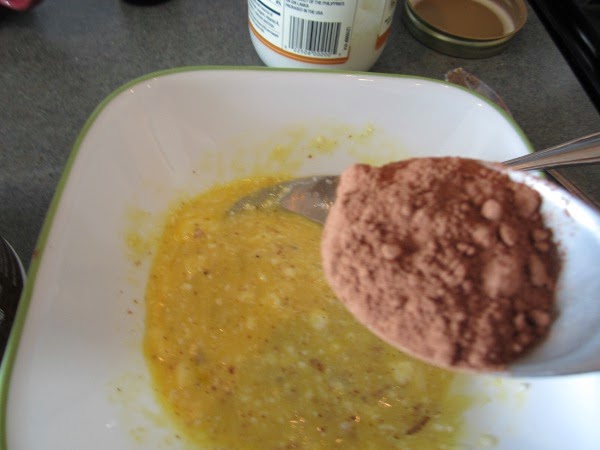 Step 2:
Add 1 heaping tablespoon of plain cocoa powder and mix. (Note: you can add up to 2 T. cocoa if this does not create issues for you.) 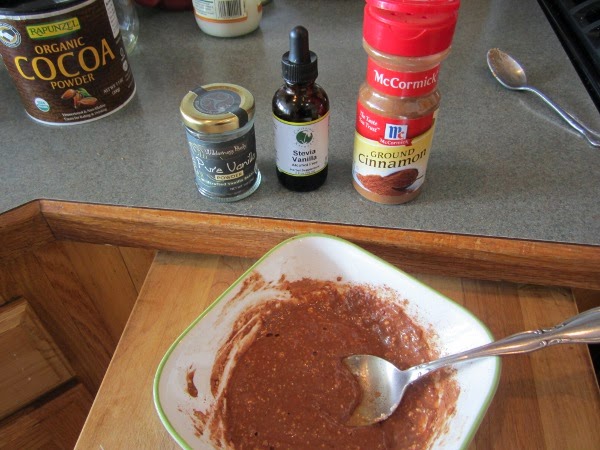 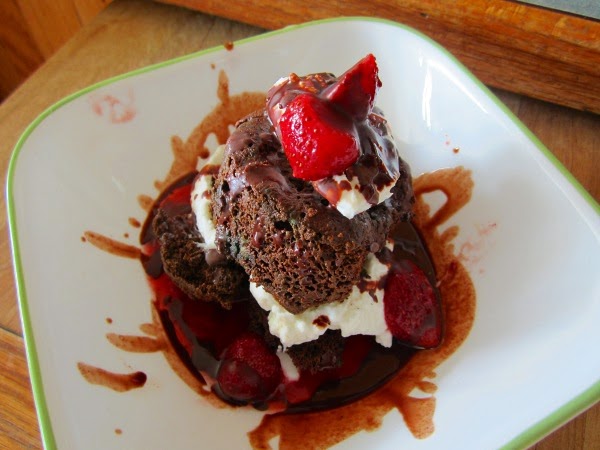 Preheat oven to 400 degrees. Spritz two small cups or one large one with  olive oil or other oil to prevent sticking. Pour in your mixture. Bake 15 minutes until set or microwave 60-90 seconds. Note: microwaving is a bit more tricky as your brownie may overflow if you don't watch it carefully.

Allow to cool 10 minutes. Remove to a serving dish. Carefully cut the brownie in half crosswise. Layer plain lactose-free yogurt in between layers. Garnish with four small strawberries and a drizzle of chocolate sauce (make your own by mixing cocoa powder with melted coconut oil).

Posted by Sheree Welshimer at 4:24 PM

Thanks for the FODMAPS info and yummy recipe!

FODMAPs may help you figure out food problems you are still having after eliminating certain foods such as with the paleo diet.

This means that you actually burn fat by eating coconut fats (including coconut milk, coconut cream and coconut oil).

These 3 studies from major medical journals are sure to turn the traditional nutrition world upside down!

Are You Having Trouble FOLLOWING with your Paleo Diet?

Do you want to eat some tasty recipes as soon as TONIGHT?

Check out the: Paleo Hacks Cookbook.