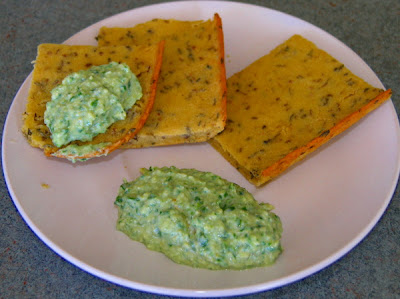 I can't believe it! Someone yesterday told me I had a healthy glow. It truly made my day since I haven't looked healthy in months. She wondered what kind of face lotion I was using to give me such a healthy-looking complexion. I said it was the same one I'd been using for the past year. In other words, the healthy glow was all me.

I'd say the candida cleanse and positive thinking have made a world of difference. That's not to say I can just sit back and say, "All right, I'm cured." I'm still avoiding foods that cause symptoms and limiting carbohydrates and fermented foods (such as vinegar, cooking wines, things with added alcohol). A typical eating day for me still involves no dairy, no gluten, no eggs and no nuts. But before, I eliminated a whole slew of other foods as well (peppers, soy, chocolate, raw vegggies and fruits). Now, I can eat many raw veggies, including spring greens. Fruit is limited to one serving a day but I actually ate some cantaloupe the other day for the first time in years (no ill effects). I eat one serving of whole grains (usually quinoa) for breakfast.

I have been hitting the Garbanzo Bean Flour Flatbread, this week's recipe, a little too hard. I think the carbs add up if you have too many pieces even though garbanzo bean flour is low in carbs compared to other flours. The flatbread is hard to resist. Here's the recipe.

1-2 T. dried basil (or other dried herb of your choice or even a mixture.)

In a large bowl, mix garbanzo bean flour with salt and pepper. Stir in olive oil and water. Allow mixture to set for 1 hour to thicken.

Heat oven to 480 degrees. Spray a large glass pan. Place one tablespoon of olive oil in the pan. Pre-heat the pan in the oven for 5-10 minutes. Add the dried herbs to the flour mixture and pour the batter into your heated glass pan. Bake for about 8-12 miutes. Keep on eye on it as it cooks quickly. When slightly cool, cut into squares. It keeps well in the refrigerator for a week but you also can freeze it. Serve flatbread with hummus or my favorite, artichoke/spinach/tofu dip (shown in photo).

Posted by Sheree Welshimer at 1:37 PM

This recipe looks delicious! Good to hear you are feeling and showing a healthy glow. - Leslie

It is delicious and unbelievably easy to prepare. Yes, it is great to be feeling a lot better. Thanks-Sheree

I made this recipe today and it is surprisingly good. Of course, keep in mind that I LIKE weird food -- I'm eating the garbanzo flatbread as an accompaniment to homemade borscht....

will try this recipe soon as this fits in my diet plan..thanks for sharing....

Thank you for thr great recipe and I love the cats!!!!!Susan in Lompoc, Ca

Very delicious recipe, thank you. I used it as a pizza crust. It's so easy to make that way instead of other gluten free recipes that call for baker's yeast.

I forgot to add, I didn't use straight garbanzo bean flour, I used the Bob's Red Mill garbanzo & fava bean flour, which was surprisingly delicious. It's my first attempt at making any gluten/grain free breads

Awesome. I am SO glad you share these recipes. I looked on the computer for a recipe and was so excited to see you had a post on this!! I will be saving this on my iPad screen like so many others. Super happy too as I noticed someone used this as a pizza crust...wooooo!!!!!!!!!! Finally!! Pizza. YES!

Thanks for posting this recipe. I have made it several time and with different spices as well. Its really good!