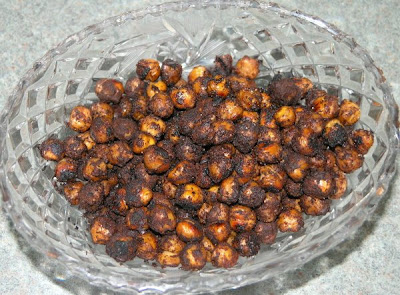 A friend's e-mail telling me she was sick with the stomach flu filled me with dread recently because I had been sitting next to her at a two-hour-long meeting just a few days earlier. The stomach flu was something I didn't need or want as I have spent the past several months getting my stomach functioning more like a normal one.
True to form, I came down with whatever was going around about a week later. The experience gave me flashbacks to the symptoms I had experienced on a day-to-day basis prior to my discovery that I had candida, a fungal overgrowth that can affect many systems in your body, including your stomach. When my stomach was still misbehaving after a week, I began to worry that it wasn't just the flu. Maybe my improvement had all been a fluke. I even experienced depression briefly until I got my head on straight and reached for some extra probiotics to get my gut back on track. A bigger dose of probiotics (50 billion) worked like a charm.
I also discovered something important about taking probiotics. Take them on a empty stomach and you'll see better results. My health care providers had always told me it didn't make any difference if you took them with food. Make sure you have the ones coated with enteric if you are taking them on a empty stomach. Enteric prevents the capsule from being dissolved before passing into the intestines.
I did find myself craving foods with a combination of salty and sweet while my stomach was screwed up. The problem is how to get that combination when you're on a low-carb diet. I came up with a bit of solution by toasting some garbanzo beans that had been tossed in spicy mix of salt, carob, cinnamon and cayenne pepper. Here's the recipe.
Spicy Carob-Toasted Garbanzo Beans
Ingredients:
1 can of garbanzo beans drained and rinsed (I get the kind with no added sugar. Yes, believe it or not, they even add sugar to beans.)
1 T. toasted carob powder
1/2 T. cinnamon
1 tsp. salt
dash of cayene powder
pan spray
Directions:
Heat the oven to 350 degrees. Toss the drained garbanzo beans in the spice mix to coat. Spread the garbanzo beans on a baking sheet that has been sprayed with pan spray. Toast the beans in the oven for about 20 minutes or longer. Turn the beans about halfway through. Remove them from the oven when they are dry and crunchy and have a nut-like texture. Allow the beans to cool and then transfer them from the pan to a storage container. For some added crunch, toss in 2 T. of toasted pumpkin or sunflower seeds. This snack stores well in the refrigerator for up to a week as you nibble away at it.

Posted by Sheree Welshimer at 1:39 PM

I recently cut out all carbs from my diet. I wanted to see/try it out for a week...and quite honestly, I got used to it.

I think in the winter I like more hearty filling foods and in the summer I enjoy lighter, raw foods.

This snack looks yummy! Perfect for snacking on during a home movie.

I agree that you do tend to get used to eating few or not carbs. I admit it took me a bit longer than a week to get the hang of it. I stayed pretty carb-free for about two months and now have reintroduced one serving of whole grains and two servings of low glycemic fruit (berries). Now, that it's summer it's so much easier to eat low carb especially with all the garden produce.