You may have throbbing, aching pain in your shoulders and neck just like me if you have fibromyalgia. It’s one of the areas of the body affected by fibro. Body temperature scans of fibromyalgia patients reveal intense heat in the back, neck, shoulders and hips which is where the pain is most frequently felt.
Most days you can find me starting the day with a heat wrap around my neck and shoulders. Next are ice packs and maybe some Bio Freeze gel to reduce the pain.
Some of my other rituals include Tai Chi-like exercises to strengthen and stretch the entire body. The body is all interconnected so it’s hard to just stretch one part to get relief.

Here’s a simple routine you can do to help rebalance the body and reduce your pain.
http://player.vimeo.com/video/110837097

I've never looked forward to doing computer work because it increases my neck and shoulder pain. Recently, I decided to do some things that may help reduce the strain on this vulnerable area while on the computer.

First, I worked on my sitting posture. I used to think I was sitting straight but I wasn't. Now, I imagine a plumb-line is attached to the nape of my neck and that line is constantly being pulled toward the ceiling. I have to think about it a lot and constantly readjust my posture but it's making a difference.

In addition, I purchased one of these:

I’ve also been modifying my work station to change the tilt and angle of my computer screen and height of my office chair. All of these things have helped me stay at the computer a little longer without increasing my pain.
Something else I do is stand up often and do this simple stretch. I found a link on youtube that shows what I do.
https://www.youtube.com/watch?v=4wYLZdgvUfY
My best find to help my shoulders and upper body pain was one of these: 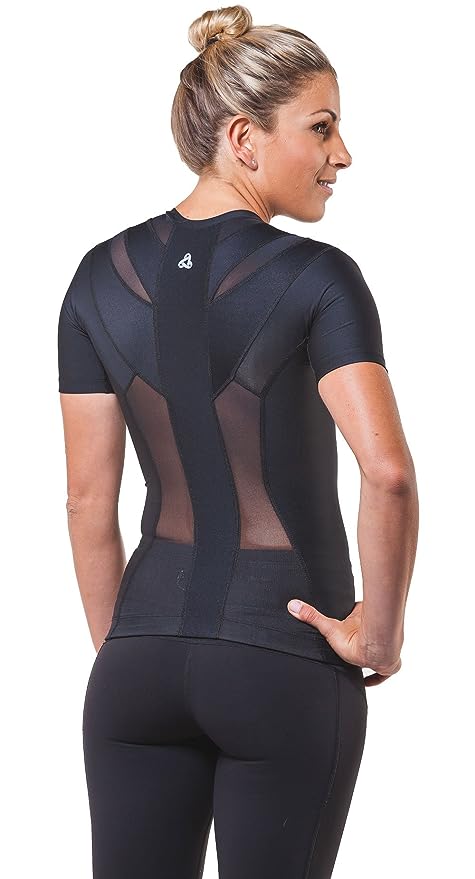 http://www.amazon.com/AlignMed-Posture-Shirt-2-0-Zipper/dp/B015P53GIM/ref=sr_1_1?ie=UTF8&qid=1452992089&sr=8-1&keywords=alignmed+posture+shirt
I have less shoulder and neck pain because of all these things. I admit have to do a lot of stuff but it’s better than suffering. What kinds of things do you do to help with shoulder and neck pain?
Recently, I saw my husband snacking on some orange candy pectin slices. It really made me nostalgic as orange candy pectin slices used to be one of my favorites. I decided to challenge myself to make a mock version that would suit my mostly paleo diet. Turns out my version would even work for the more restricted Paleo Autoimmune Diet (AIP).


Here's what you need for the gummies:

Pour the carrot puree back into the saucepan. Add the coconut oil, sweetener of choice and 3 T. gelatin. Heat and stir the mixture for about 5 minutes.

Pour the carrot puree mixture into the cells of a cupcake pan.(Makes about 9-10) Place the pan in the fridge to firm up the mixture.

The magic ingredient for making these carrot gummies taste like orange candy slices is pineapple juice glaze. Prepare 1/4 cup of pineapple juice in your juicer.  Place the juice in a small saucepan. Sprinkle on top the gelatin. Stir to dissolve. Then, slowly heat the mixture just until warm.

Pour this glaze evenly over the set carrot gummies. Allow it to mostly soak in for at least four hours or overnight. When you are ready to serve these yummy bites, pour off any pineapple glaze that didn't absorb and simply drink it. Sprinkle on coconut shreds as pictured below, if desired. 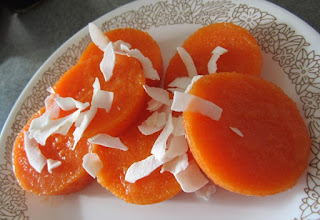 Here's what you need for the gummies:

Pour the carrot puree back into the saucepan. Add the coconut oil, sweetener of choice and 3 T. gelatin. Heat and stir the mixture for about 5 minutes.

Pour the carrot puree mixture into the cells of a cupcake pan.(Makes about 9-10) Place the pan in the fridge to firm up the mixture.

The magic ingredient for making these carrot gummies taste like orange candy slices is pineapple juice glaze. Prepare 1/4 cup of pineapple juice in your juicer.  Place the juice in a small saucepan. Sprinkle on top the gelatin. Stir to dissolve. Then, slowly heat the mixture just until warm.

Pour this glaze evenly over the set carrot gummies. Allow it to mostly soak in for at least four hours or overnight. When you are ready to serve these yummy bites, pour off any pineapple glaze that didn't absorb and simply drink it. Sprinkle on coconut shreds as pictured below, if desired.

Sun therapy for fibro; plus a hearty dose of mood-boosting stir-fry veggies

I love the sun but I haven't seen it much this winter because of where I live---a valley with frequent winter inversions. When the inversions arrive, my fibro pain increases. The past two days, however, the inversion has lifted a bit which has allowed sun breaks. I walked outside with my dogs and just soaked in the sun as much as possible through a down-filled parka, ski hat and winter gloves. I got so warm just from the sun beating down on me that I experienced significant pain relief. In addition, the sun is rising earlier and setting later which also increases my light exposure. Oh, and I think a winter vacation to a sun-filled island would be most beneficial! 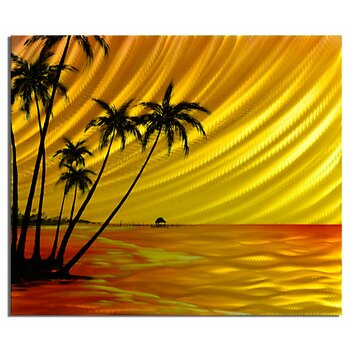 Research suggests that sun therapy actually could be beneficial for fibro sufferers. Light therapy and/or sun therapy are being studied as a possible treatment for reducing fibromyalgia pain. Light therapy in the form of sunlamps or natural sunlight has been shown to have a positive effect on some types of neuropathic (nerve) pain.

Exposure to ultraviolet rays triggers production of vitamin D, which plays a role in reducing inflammation and pain. Many fibromyalgia sufferers do not get enough vitamin D. I take a supplement daily. Combine that with sunlight and I get way less pain. The theory is that increasing natural Vitamin D production by exposure to sunlight could improve fibromyalgia symptoms in fibromyalgia patients.

Like so much with fibromyalgia research, there are often conflicting results. Some studies have shown positive results for light therapy and fibromyalgia pain relief, while other studies have been inconclusive.

My idea is go out and test it yourself. Keep your blinds open when it's sunny outside; get outside in the sun as much as possible; turn on lights inside if that seems to help; get a light box.The recommended time for sun exposure for adequate vitamin D is approximately 15 minutes of unprotected sun exposure, two or three times per week. For additional time spent in the sun, protect your skin with a broad-spectrum sunscreen and wear appropriate clothing. Always talk to your doctor about any new treatment you are attempting for fibromyalgia, including sun therapy. 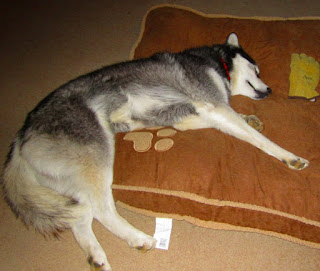 Once I get to that island, I will be enjoying the relaxing life, just like my husky,Misha, pictured above.


In the meantime, how about grabbing yourself a spaghetti squash (they kind of look like the sun) and preparing yourself a mood-boosting main dish, filled with lots of colorful veggies? 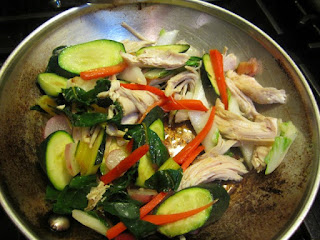 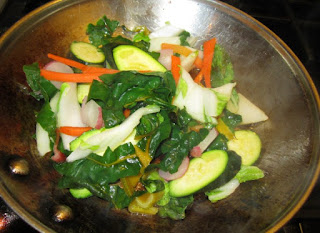 Here's what you need for one serving:

Stir fry the veggies with chicken in oil until tender. Season with salt and pepper.
Put away 1/2 of the spaghetti squash for another meal. Cut the other half into two pieces. Leave 1/4 intact and scoop out the flesh of the other. Heat the coconut oil in a skillet. Toss in the scooped-out spaghetti squash and fry like hashbrowns.

To plate up your sunny meal, place salad greens on a plate. Next the intact spaghetti squash. Fill with your stir-fry veggies and top with the spaghetti squash hashbrowns as pictured below.

Bailey, the cat, is just like human kids when it comes to boxes. They can be transformed into anything your imagination wants.  He makes them into hideouts from which he springs out to surprise passersby (the dog fur kids). That's when the chase game begins.
Less pain with better posture is my goal this year. I have always strived for good posture but fibromyalgia flareups have set me back in my efforts. I recently had a month+-long flareup but have gradually gotten better. However, the flareup left me with increased upper body pain, especially in my shoulders and arms.

I have found some things that help me that you might want to try. One is Essentrics mini-workouts. You can find them for free on the internet at this link: http://www.essentrics.com/media.html

I especially recommend the posture mini-workout to relieve your upper body pain and begin to improve your posture. You can do this mini-workout as often as you like for relief from pain. I always find my pain can be reduced if I am elongating my body with good posture. The mini-workout is gentle and soothing too.

Another one of my picks for reduced pain and improved posture is the Align Me Posture Bra at http://www.alignmed.com/shop/women/alignme-interactive-bra-seamless.html
They also make a posture shirt which I haven't tried.

I wear this bra while exercising. It helps keep me in the proper position. I do find that the bra becomes uncomfortable after several hours of wearing do to the pressure panels. That's why I limit how much I wear it but it does help, especially during exercising when you need to concentrate on so many things like breathing, proper positioning, etc. 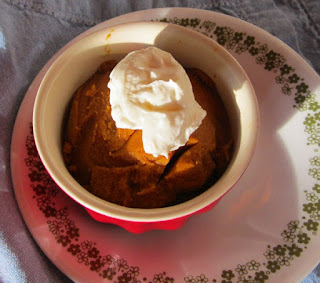 Here's my pick for a simple, clean paleo dessert or snack: Paleo Pumpkin Pie Bites or Mini Pies.
These pumpkin pie bites are suitable for the Paleo Autoimmune Protocol too.

What you need for 8 mini-bites or pies: 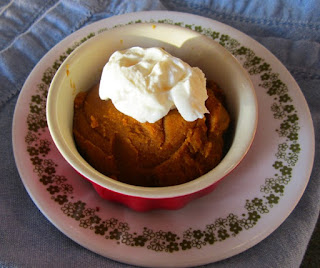 Put all the ingredients (except gelatin) in a saucepan. Heat until coconut oil melted. Then add in gelatin and continue cooking on low heat for 5 minutes. Remove from the heat and place the mixture in mini-ramekins or in 8 sections of a cupcake pan (silicon works well). Refrigerate until firm. Then enjoy! 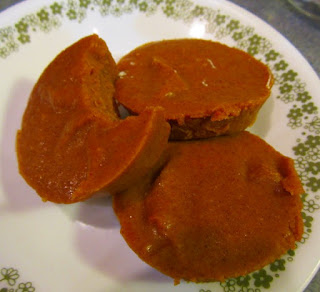 I like eating these mini-bites made in a cupcake pan for snacks. Yum!