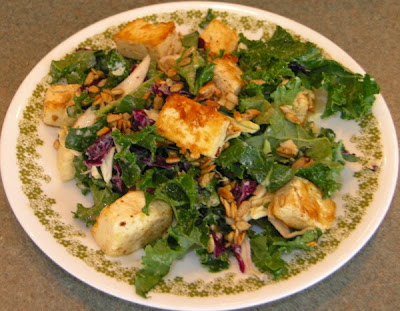 Vegan and vegetarian meals have become a main stay for me as I continue my anti-candida diet (ACD). I don't entirely avoid meat as I seem to feel better when I eat chicken and fish. I shop for poultry which is free of hormones and antibiotics because I definitely don't need to be eating foods with added antibiotics as these drugs were probably the source of my candida overgrowth.


Recently, I purchased a whole chicken from a local grower who raises free-range poultry. It was pretty expensive but I wanted to support a local farmer. About two weeks ago, I decided to roast the bird in the oven and serve a special meal for my husband, son and his friends who had come over to do some major car work for us for free.

The meal was about done when I removed the chicken from the oven to give it one last check. I had been roasting the chicken in a large glass Pyrex pan. To my amazement, the pan exploded when I removed it from the oven and placed it on top of the stove. Shards of glass flew everywhere including one into the side of my foot. At first, I thought my foot was burned until I looked down and saw a pool of blood on the floor. This deep laceration probably needed stitches but I didn't want to go to the emergency room on a weekend night when others with all kind of cold and flu germs were waiting to be seen. I decided to bandage it up, keep it elevated and check on getting a tetanus shot the next day when I already had a doctor's appointment.


The next day I was given a tetanus shot, although I'm not sure why as the injury did not involve metal or dirt. I got no explanation other than I needed one. I'd had many tetanus shots before so I wasn't concerned about it or about the fact that they gave me no information on possible side effects. Within hours, I started developing a hot, red rash all over my legs, along with terrible headache and aches all over my body. I would have assumed it was the flu if it hadn't been for the rash. I developed a similar rash and hives another time when I had a bad reaction to taking a medication.


The seemingly innocuous tetanus shot left me sick for about five days. That's when I decided to never cook anything in a glass Pyrex pan again. I also checked on the internet and found that exploding Pyrex pans were quite common. I was fortunate that the shard of glass had not hit me in a more vital area.


After this experience, it was "obvious" that eating meat was hazardous to one's health, and I concluded that vegan and vegetarian meals were safer to prepare. But not entirely so as I found out when I tried to bake some extra firm tofu slices in the oven. I sprayed the slices with pan spray. After they had been baking for awhile, the entire house began to fill up with smoke from the oven. Some of the smoke was from the pan spray and some from the residue left by the chicken in the exploding Pyrex pan. All the windows had to be opened on a fairly cold day to get rid of the smoke which made my eyes and chest burn. I guess this was a message it was time to clean the oven. Another clean-up job thanks to Pyrex.


Cooking on top of the stove now seemed like the safest bet. I decided to whip up some Kale-Tofu Salad. The inspiration for this dish came from my recent trip to northern Idaho and Washington and British Columbia. A co-op that I stopped in had a deli counter with a delicious-looking kale-cabbage-tofu salad. Unfortunately, I had to pass on it because it had mayo and cashews on it. Here's my own recipe:

Directions:
Make a dressing by combining the tahini and Bragg's. Gradually, add water to thin the mixture out a bit. You want it to be creamy but pourable. Place the kale and cabbage in a large bowl.

Use half the tahini dressing mixture to toss with the tofu cubes in a separate bowl. Heat a pan and stir fry the tofu until warm. Add the tofu to the bowl with kale and cabbage, and toss with the remaining tahini dressing to coat all the ingredients. Add the finishing touch by mixing in the sunflower seeds. Now, you're ready to eat minus any exploding pans or smoky ovens.
Posted by Sheree Welshimer at 9:04 AM