Day 30 of the paleo autoimmune protocol (AIP) is coming up in just two days. I went on this elimination diet in hopes of isolating foods that might be contributing to my fibromyalgia, an autoimmune disease.

When I started the diet, this is what I wrote about how I was feeling:

some daily stomach upset, sometimes interrupts daily activities
many foods are not tolerated but not as many as before
no chronic sinus pain or headaches
daily pain is generally mild but sometimes more intense
able to exercise and return to many physical activities, although with some increased pain
pain seldom interrupts sleep
able to travel but with increased stiffness and pain
good energy
less morning stiffness and pain


During the past 30 days, sometimes I've felt better than described above but I haven't achieved a consistent remission of symptoms. I'm still working on it! 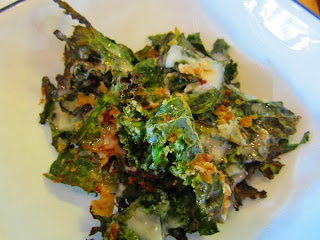 Wash your kale. Remove the leaves from the stems and set aside to dry. Set you oven to 325 degrees or get out you food dehydrator to make a raw version.

Cook the apple pieces in coconut milk, cinnamon, stevia and vanilla extract until you get chunky applesauce. Omit cooking the apples if making a raw version. Process the applesauce in a food processor until it's smooth.

Toss the applesauce with the kale. Massage in the mixture to make sure all pieces are coated.

The meaning of this is that you actually burn fat by eating Coconut Fats (including coconut milk, coconut cream and coconut oil).

These 3 researches from big medical magazines are sure to turn the traditional nutrition world upside down!