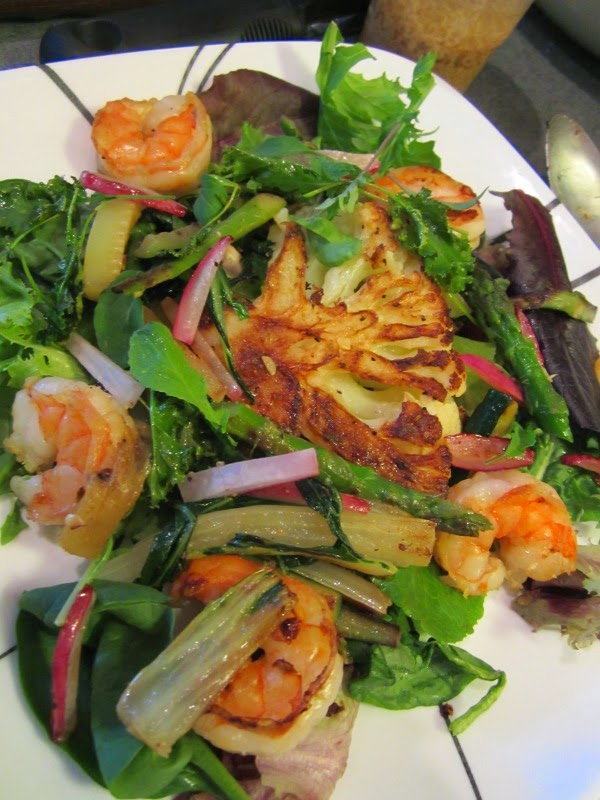 I pedaled my bike to the farmer's market and came back with some yummy produce. I incorporated a lot of it into my Seared Cauliflower Steaks with Chard, Asparagus and Shrimp. I got the idea for this recipe from chef Ryan Scott of the LiveWell Network. 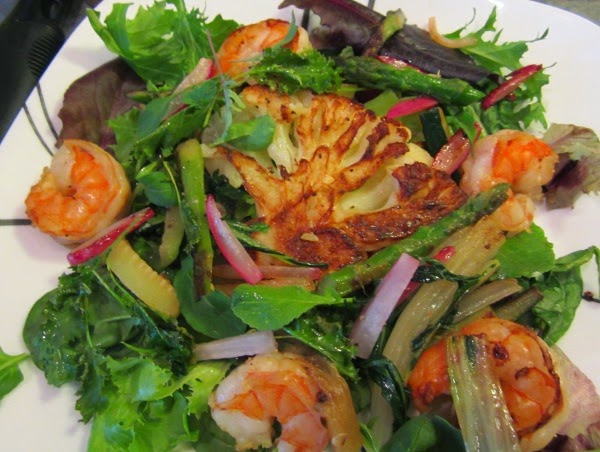 The original (sounded delicious) recipe had seared cauliflower steaks with crispy quinoa, golden raisins, hazelnuts, watercress and sherry dressing. I have to avoid most of the ingredients but maybe you don't so here's the link: http://livewellnetwork.com/Food-Rush/recipes/Seared-Cauliflower-with-Golden-Raisins-Watercress-Crispy-Quinoa-Hazelnuts-and-Sherry-Dressing/9496535 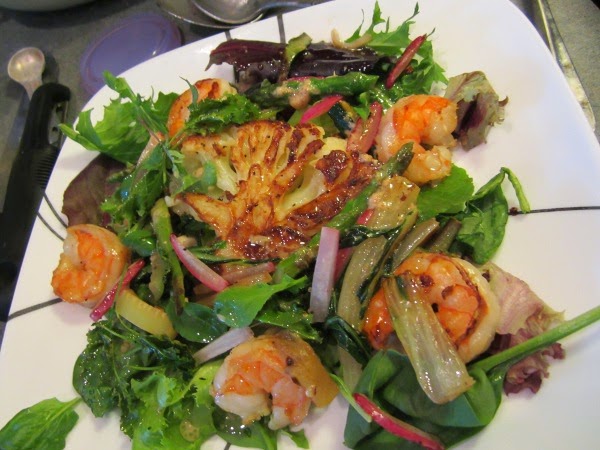 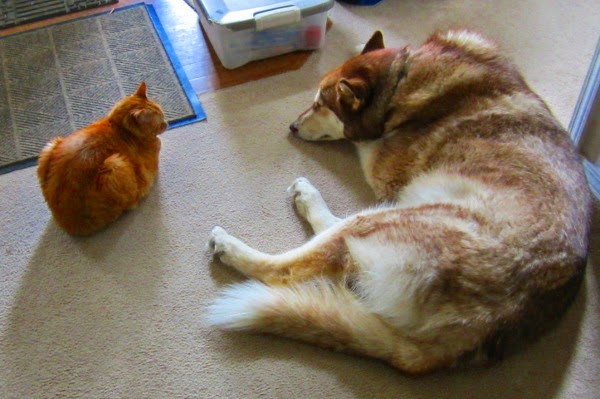 Here are the directions:

In a medium saucepan, blanch cauliflower in boiling water for three minutes. Remove from the pot. In a large skillet, heat olive oil over high heat and sear cauliflower until golden brown on both sides (Note: This is the best way I have ever eat cauliflower). Remove from the skillet. Season with salt and pepper.

In the same skillet, heat some additional olive oil and saute the zucchini, chard, kale and asparagus. Finally, saute your shrimp.

Toss mixed greens, sauteed veggies and shrimp with the vinaigrette. Arrange veggie/shrimp mixture around the cauliflower steak on a plate. Spoon on additional vinaigrette. Garnish with microgreens if you have some in your garden. I simply clipped off the tender leaves of baby lettuces, kale, beets and chard from plants growing in the garden.


Posted by Sheree Welshimer at 2:42 PM