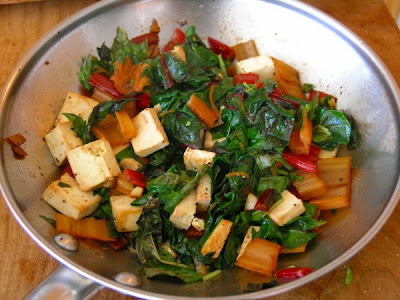 I ate my first grains in 3 1/2 weeks today. I had to limit myself to a half a serving which was difficult. Now I wait for three days to see if any symptoms return. Yes, that's right, three more days without any grains.

I guess you could say, I'm not low carb and loving it. Rather, I'm low carb out of necessity. The necessity is eliminating an overgrowth of yeast-like fungus, called candida, that inhabits the gut. This yeast overgrowth has caused numerous health problems for me, including severe stomach problems, food and chemical sensitivities, chronic sinus problems to name a few.

I've been eating mainly a plant and protein diet in an effort to starve out the yeast which have upset the balance of beneficial bacteria and yeast in my body. Yeast thrive on carbs (sugar) so I'm depriving them of their favorite entree. Using broad-spectrum antibiotics for years tipped the balance in favor of the fungus and allowed them to have a party at my expense.

The process of repairing the balance is painful but it seems to be working. I can eat raw veggies for the first time in years without serious gastrointestinal problems. In the past, the consumption of raw vegetables or any other difficult to digest food would have left me bedridden for days. The sinusitis also is gradually getting better. My food sensitivities have definitely diminished as well. In the past, foods, that seemed okay one week, weren't the next. This is one of the symptoms of yeast overgrowth.

It's nice to eat some grains again but one of my favorite dishes on this diet has been Swiss Chard/Tofu Scramble. Here's the recipe:

Directions:
It's super simple and tasty. In a large fry pan, heat the olive oil. Add the garlic and cook until heated. Toss in the chopped chard stalks and stir fry until somewhat tender. Add in the chopped leaves and continue to stir fry until wilted. Finally, throw in the tofu cubes. Cook until heated. You can do this same recipe with eggs if you don't have sensitivities or allergies.
Posted by Sheree Welshimer at 10:04 AM

Sounds delicious and healthy! How did you learn/create the recipe?

It was kind of a knock off of a recipe I saw that used eggs instead of tofu. That's why I mentioned you could use eggs in place of the tofu. Lots of times I see recipes that I want to try that have ingredients I have to avoid so I say to myself, how can I modify it and make it "safe" for me and delicious. Sometimes it works really well as with this recipe.