What do you think of my two urban mushers? My pups, Nika (red malamute) and Misha (black/white husky) are learning to become mushers without snow. In the picture, above, they are pulling Ritalin Boy (RB-hubby) while he pilots a Diggler, a mountain bike scooter designed for urban mushing.

Talk about doggie and Ritalin Boy nirvana. The pups can run at high speed while RB gets an adrenalin rush. I have been helping with the training from the sidelines. I get the fur kids in their harnesses, help hitch them up, walk alongside the Diggler, help with commands and untangling the fur kids when they don't show the best cooperation. Yes, they have a long way to go on learning to cooperate. Once they are better trained, I will hop on board the Diggler.

After some urban mushing, the pooches are ready for food, food, food. For that matter, so am I. Recently, I cooked up some delicious chard, topped with a butternut squash cream. It makes the perfect side or main dish, if you add a protein of your choice. I have modified the dish slightly since I first made it because I am experimenting with the FODMAPs protocol. Onions and coconut milk are not allowed for awhile. Butternut squash is allowed in small quantities. 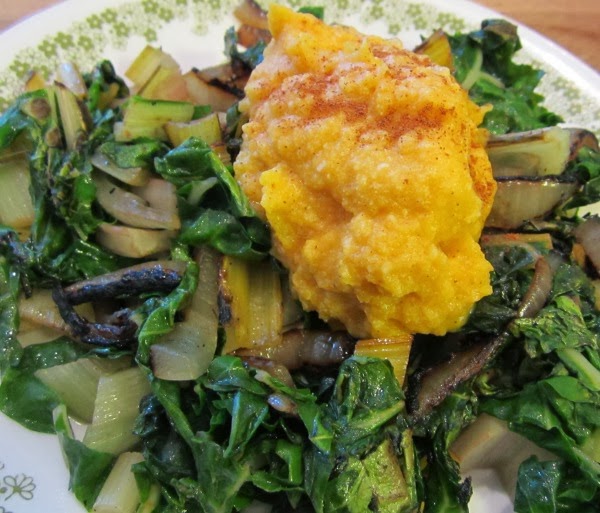 Here's what you need for two servings: 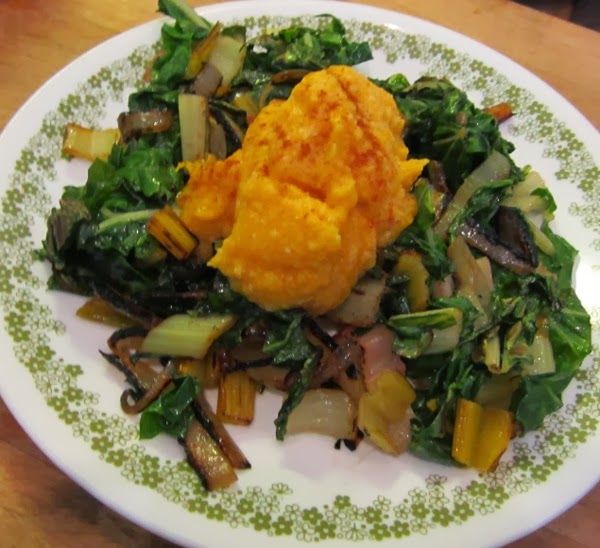 Chop your chard into bite-sized pieces. Heat olive oil in a large skillet. Saute chard (with optional onion) until tender. Add a bit of water or broth, if desired. Season with salt and pepper. Set aside.

Make your butternut cream. Put squash with coconut milk (or other non-dairy milk) in a food processor. Process until smooth and creamy. Add salt and pepper, to taste.

To serve, plate up chard and top with desired amount of squash cream. (Save the butternut squash skins as a treat for the hungry pooches.)

Posted by Sheree Welshimer at 4:17 PM

This means that you actually burn fat by consuming Coconut Fats (including coconut milk, coconut cream and coconut oil).

These 3 researches from big medicinal journals are sure to turn the traditional nutrition world around!